Lake Haven won first place for Best Chili in blind judging, which was conducted by a member panel on the stage at Mango’s Bar & Grill. They also won the Showmanship and People’s Choice awards, which are voted on by festival attendees, according to Erin Stanley, Events Director for the Smith Mountain Lake Regional Chamber, which organizes the annual event.

“We could not have asked for a more perfect fall day at Smith Mountain Lake,” Stanley said. “The weather and atmosphere were truly amazing. People were having so much fun, not only tasting great chili and shopping at the booths of cool craft vendors, but just being outside with friends and family.” 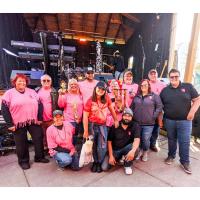