“On behalf of the board, and the community, while we’re disappointed to see Chris step down, we wish him continued success,” stated Wimmer. “Chris assumed his role at a time of transition and has done a great job leading our organization during a difficult year.”

Despite the challenges of 2020, Finley is credited with spearheading the SML Leadership Academy with 14 participants in its inaugural class and securing $30,000 in grant marketing funds from Virginia Tourism Corporation. The Chamber utilized those monies to launch multiple tourism initiatives including a monthly consumer e-newsletter, a destination travel blog, a new brochure, and commercial to market Smith Mountain Lake.

Additionally, Finley achieved enrolling a record-breaking number of participants and investment in its 2021 Chamber Champions program, a sponsorship platform offering local businesses year-round marketing exposure and a variety of value-added enhanced member benefits. He has also developed the framework for two new tourism initiatives to launch this spring including SML Restaurant Week and a SML Getaway Sweepstakes campaign.

The chamber also partnered with Franklin County Parks and Recreation to create the Waid Park Enduro and Short Track bike race in October which drew nearly 100 riders from six states and will become an annual event.

“I’m grateful for the opportunity to have served as executive director and I’m proud of the accomplishments and new initiatives we’ve executed during my tenure,” stated Christopher Finley. “Backed by a strong membership network and Board of Directors, the Chamber is very well positioned for the future to continue delivering on its mission of promoting tourism and advocating for the business community.”

Prior to joining the chamber, Finley served as Communications Manager for BAE Systems based in Radford. From 2004-2015, he directed marketing and public relations programs for The Willard Companies. For the past 17 years, he’s worked as a part-time adjunct professor in Radford University’s School of Communication.

About Smith Mountain Lake Regional Chamber of Commerce
The Smith Mountain Lake Regional Chamber of Commerce (SMLRCC) is dedicated to promoting tourism and growing business for its members and the community. As a member-driven organization with 600 members, the SMLRCC provides information, advocacy, and support to the lake’s growing business community. SMLRCC’s goal is to strengthen the social and economic environment of the region. Visit online at visitsmithmountainlake.com. 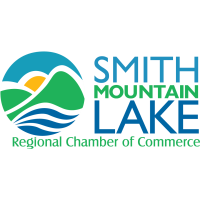