According to Executive Director Christopher Finley, Ward will be responsible for the planning and execution of all SMLRCC annual events, including the Business Expo, Pirate Days and the Wine Festival.

“Cheryl brings a vast network of community connections and a wealth of experience to the Chamber, including a strong background in finance,” Finley said. “These attributes will serve her well as she oversees Chamber event budgeting, operations and management.”

After retiring earlier this year after nearly 30 years in banking, including the past 10 at Smith Mountain Lake, Ward served as the Chamber’s interim executive director from June through October. In addition, she has volunteered as a Chamber Ambassador and on the Board of Directors, including a stint as Treasurer.

“I’m thrilled to be stepping into this important position,” Ward said. “I’ve thoroughly enjoyed all of my involvement with the Smith Mountain Lake Regional Chamber and am eager to dig in and take its events to new levels of success.” 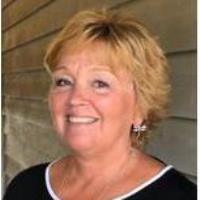